Who should get the no 14 jersey?

As we're unlikely to see terraces again at football, this is the virtual equivalent where you can chat to your hearts content about all football matters and, obviously, Arsenal in particular. This forum encourages all Gooners to visit and contribute so please keep it respectful, clean and topical.
Post Reply
21 posts

Who should get the no 14 jersey?

Or such things are not important to the club as i see William Gallas wearing 10? I would like Theo in it but i fear the media (trust them) will be on his back throughout next season.
Top

Doesn't matter to me
Top

I think they should give it to a youngster or, take any heat out of future media coverage, woudl just be joe bloggs no.14, not super nik no.14, henry replacment type rubbish
Top

NO ONE LOOK WHAT HAPPENDED TO SWISS PHIL WHEN GAVE HIM TA"S NUMBER 6 SHIRT. HE WAS A GOOD PLAYER NOW HE IS A MISTAKE WAITING TO HAPPEN PLAYER.
Top

Just retire the damn number like they do at other Clubs. Whoever got the number would be under huge pressure unless they gave it to a goalkeeper or defender.
Top

It would be a disgrace if they would retire Henry's number and not retire Dennis's number. I think they should give it to Adebayor, i'm sure he will be super confident with it.
Top 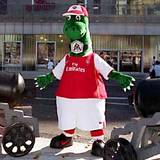 I agree that number 10 should have been retired with DB10, and then 14 could have gone the same way with TH14.

I dont agree with all this retiring shirts thing. There are enough stupid shirt numbers out there at the moment ie 99 Ronaldo and somebody I think at AC Milan wearing 77 or 79 . Having squad numbers is bad enough but I still like the old days when you knew number 3 was a left back and so on !!
Top

if we retired numbers would we have any left

in my eyes these players over arsenes decade have been as big a player as henry in anything we have done.

If senderos can have Adams's number, so Ade can have Henry's one too.
The media will forget all about it. No one has compared henry to cruyff or senderos to Adams, so why should they compare Adebayor to Henry?
Top

Ade or Bendtner as think the'd get less pressure than Theo.

Maybe a new signing will want it?
Top

Senderos has only taken adams number on years after he stopped playing, if he were to have joined at senior level the year adams left they would have said it.

Its one of the attributes of the british sporting press, either needa figure to love or one to hatem tehy just cant let something be

pearce - euro 96
Seamen v Zaragoze v Brazil
beckham - said he had naff world cup, drop him they dont stop talking about having him back

Just the way it is
Top

i've just been looking at the squad and i don't think we have anyone who deserves to wear the 10,9. i think 14 is only famous because it was cruyffs number and TH so that can be given to a young sub.
Top

DanielD wrote:It would be a disgrace if they would retire Henry's number and not retire Dennis's number. I think they should give it to Adebayor, i'm sure he will be super confident with it.