So ! "We" would appear to be voting with our feet

As we're unlikely to see terraces again at football, this is the virtual equivalent where you can chat to your hearts content about all football matters and, obviously, Arsenal in particular. This forum encourages all Gooners to visit and contribute so please keep it respectful, clean and topical.
Post Reply
44 posts

Someone said the club won't care as long as the attendance is at least 50,000. I disagree, every seat costs them money as they still need to pay the same wages to the players, same stewards, same club employees etc. If 10,000 tickets are unsold, we can assume they probably won't be the cheapest ones available. If 10,000 tickets at about Â£50 each are unsold, the club lose half a million. Or Fabregas' wages for over a month. Or the profit on about 4/5 Highbury Square flats. That would hurt them significantly.

Catering is shit. Yes it is, but I'm pretty sure the catering in every ground is equally shit. Drink in pubs before and after the ground, eat outside... remember, the money you spend in Delaware won't be reinvested in the club, but will be more likely be ploughed into the Boston Bruins! I don't see why people see a loyalty to products such as pie just because it has an Arsenal crest printed on the box!

West Ham being Cat A is ridiculous. I hoped they got relegated a few seasons ago just so the club would stop fucking us over with this stealth tax. I refuse to pay Cat A prices for a mid-lower table we don't hold a massive rivalry with.
Top

Otherwise good points. Take your own rolls/sandwiches/pies in to the ground.

What the club should so is have some tap water fountains or something, as you're not allowed to take bottles of water into the ground.

Or just get some toilet water 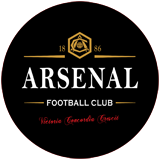 digger wrote:West Ham being Cat A is ridiculous. I hoped they got relegated a few seasons ago just so the club would stop fucking us over with this stealth tax. I refuse to pay Cat A prices for a mid-lower table we don't hold a massive rivalry with.

I believe they've downgraded West Ham to Cat B this season & moved Citeh up to Cat A?
Top

12thGooner wrote:You have to wonder where the money goes and if this model within football is sustainable.

The reference to the most expensive manure ticket being half the price of our most expensive is a sure sign of how things are. yes they have a bigger stadium, but still a club like manure must be soo over subscribed that they could charge what they want, but they don't. So where does their money come from. The amount of cash that is pumped into that club compared to the amount they make on ticket sales leads to a bad debt cycle, there is no point charging you'r fans less than what it costs to run a football club but you have to charge them enough to keep the thing running with a profit and i think thats where our problem lies.

Arsenal charge us loads because they have little from external sources, other clubs charge loads coz they have external funding. One has to give, either we go bust coz no-one attends games and we end up getting bought out and essentially turn to the chavs / citeh model of football or the people that fund these other clubs realise how much money its costing them and pull out and are then forced to raise their ticket prices to stay afloat.

But at little short term investment - say with someone like Given who cost Â£6mill and Alonso a few years ago for Â£16mill - could have seen a few trophies come our way. Look at the impact Arshavin has had.

In turn, winning the CL or the league could have massively upped our profile and therefore our commercial revenue worldwide and at home. If the board stopped foraging just a tiny bit of our money away for a rainy day, they could have already upped their value. One Given would have vastly outweighed the worth of resigning Bendtner and Denilson.

As it is, we've 'lost' Adebayor and stand to lose Fabregas and Arshavin shortly which will only hinder both our commerical and on-pitch success. Look through the programme and every Arsenal advert is of Fabergas. A few years ago they could sell Arsenal worldwide on Henry, Pires, Ljundberg, Vieira...now we have little or no marketable value.
Last edited by BT on Fri Sep 25, 2009 4:29 pm, edited 1 time in total.
Top

what an excellent well constructed and depressing thread this is. 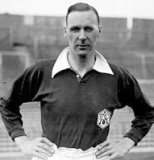 it's a question of time...few years and wont be no more tickets on sale just a simple entrance fee

benglenton wrote:it's a question of time...few years and wont be no more tickets on sale just a simple entrance fee

Am I right in thinking cash on turnstyles has been banned, as part of the Taylor report? Even when games don't sell out, you have to buy a ticket from a box office, then walk round to your turnstyle (I know they have that in place at some grounds here, and in Italy)
Top

As I see it, Arsenal know we love our club no matter what............personally I have boycotted most home games this season (except Carling Cup due to cost)

I buy a burger or a bag of chips and its cheaper than Arsenal food prices. I do not buy a programme, I just buy The Gooner.

I'll still go away because I enjoy the day with my mates. Some may say I am not loyal to the club for not backing it financially but Arsenal are no longer a football club but a football corporation.

I didnt care when we were shit in the 80's, mid 90's because I'd always go for a laugh with the chaps and the players seemed to give more of a shit than the millionaires we have at present.

To pay Â£60 for Spurs at home is a bridge too far for me.

As many have said, vote with your wallets and purses!

Its fans like you,me and thousands of others who the club has lost touch with.

In the 70's and 80's it didnt matter who we were playing i went to all the games.Now i look at the fixture list and pick and choose the games i attend.I will probably get to 10-12 games this season

Why pay nearly 70 quid to watch the Spurs game when i can watch it in a pub on Sky? Is it any wonder Blackburn is on general sale the game is live on Sky FFS

It doesnt make me any less a supporter its just i have been priced out.
There used to be an excitement about going to a game but i get that same excitement watching a game in a pub as i do at our soul-less bowl of a stadium.
Top

12thGooner wrote:
what an excellent well constructed and depressing thread this is.

But we are in a recession.

Anyone know if the attendances are down at, say, Chelsea and Liverpool?
Top

The guy who is in front of me at The Grove has been all over Europe to see Arsenal and has been a ST holder for 25 years and made this statement last year.

"They've changed us from fans into "Customers"

Your not a fan anymore, all they view you as is a visitor to spend money exactly the same as if you went to the cinema. I still love going and have no intention of giving up my ST but its more about the day out with the lads in the pub etc. Sometimes the thought of going to watch the football seems an inconvenience.

Arsenal may want more families at the ground but when times get hard or the prices get too high, they are the first to cut back due to the need of disposable income.

The attendance figures are bullshit anyway. They have the system to tell us exactly how many people who have gone through the turnstiles but they choose to "sex-up" the figures by using a bullshit figure of tickets they have been paid for.

This makes the CC attendance look higher as the club level was thin on Tuesday but all of them are in thier seats in the Arsenal attendance world.......
Top

Only a matter of time as we go into a cashless society that the club will use your membership card as a means for payment for purchases made in the ground. At this point they will know who spends what and know the people to target for extra spend or make things untenable so that you give up and a new wallet can replace you.
Top

its already like that at the ricoh arena at coventry, no cash at all, if you want to buy something you must first get pay for a card outside in the club shop and then you use the card in the stadium