As we're unlikely to see terraces again at football, this is the virtual equivalent where you can chat to your hearts content about all football matters and, obviously, Arsenal in particular. This forum encourages all Gooners to visit and contribute so please keep it respectful, clean and topical.
Post Reply
44 posts

I have it on good authority we've agreed to sign Nick Powell from Crewe Alexandra. United were in pole position, but Crewe trained at London Colney before the Play-off Final at Wembley. Wenger went down to Colney, met the player and persuaded him to join us. Powell was impressed with the facilities, he wants to move to London and sees the Ox, Theo, Jack, Szec etc all getting first team playing time. And the key factor.......... we've offered him £30k per week. United are in the low teens on their wages offer.

He did score a good goal today and looks mustard!

He's on the road to Crystal Palace in 4 seasons time.

frankbutcher wrote:we've offered him £30k per week. United are in the low teens on their wages offer.

well there you go... our wage structure justified. err.... FACT

that was some strike today , looks a great prospect .
Top

Some guy on twitter reckons we've bought £30m worth of Euros. He's a Currency Trader and it looks interesting... 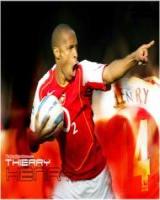 My gf being from Crewe I went to wembley today ,
5 of us,3 gooners;
And we watched it all game since he s been linked to to us and we got to say he looks like a quality prospect.,

As someone said maybe he ll be at crystal palace in 4 years..
But for now I m happy we get him.

frankbutcher wrote:Some guy on twitter reckons we've bought £30m worth of Euros. He's a Currency Trader and it looks interesting...

Dem's (euro's) is for the photo's of AW shagging some parisiene tart who calls herself a DJ....
Top 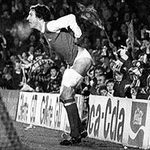 Always park me car in Crewe when going to Liverpool or Manc.....Crewe chicks are lovely too...big up the Cheyren!
Top

A lot of London girls won't let you get anywhere near that.

A lot of London girls won't let you get anywhere near that.

mcdowell42 wrote:im glad someone started a thread like this because we dont have anywhere on here to put stuff like this

This is the new thread for gossip. Your's was crap.