As we're unlikely to see terraces again at football, this is the virtual equivalent where you can chat to your hearts content about all football matters and, obviously, Arsenal in particular. This forum encourages all Gooners to visit and contribute so please keep it respectful, clean and topical.
Post Reply
23 posts

Well it's not like you've said that on here about every single Arsenal youth team prospect over the last decade or so - oh hang on.....

Nelson looks the real deal alright but then the jaded cynical old bastard that I am can't help but remember all those "top class" youth prospects that ultimately failed at the very top level.....

None of those players you've listed come close to Nelson either in terms of talent or mentality. The boy is 18 and destroying the Bundesliga, how many of those lads can say they have achieved that in their careers thus far, let alone when they were 18?

I also said Guendouzi will become world class right after watching him make his debut for us in pre-season and I was laughed out of the forum.

Not having a pop at anyone but there's a couple of you with short memories on here ....

Nearly all those players I listed (and a few others) were hailed as the next big thing (or world class in a couple of cases) either after their debut or in the shit cup by the media, the club, our fans, and lots of punters on here.

RE The Dozer.... I do not recall anyone laughing you off the forum.... I do recall a few people advising caution. The Dozer is a superb player but he is nowhere near world class not yet anyway and who knows if he ever will be? That's my point. An 18 year old has all that potential but a miniscule percentage of 18 year old starlets develop into 25 year old world class players.
Top

I too rate guendouzi very highly, but to call him world class (or anywhere near) already, is fcuking deluded buddy. The guy is a rookie who has achieved nothing in the game yet, so ffs will you bide your time ? Are you always this premature ?

What so you can't make future predictions upon seeing a young player's talent/potential now?
Top 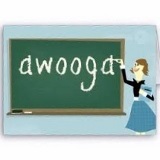 What so you can't make future predictions upon seeing a young player's talent/potential now?

Yeah but you’re pointing it out as if to say that you’ve now been proven right.

IMO, Guendouzi will go on to be that barring a career threatening injury but he'll leave us for a Barca or Real Madrid unfortunately, just get that vibe from him.

With Nelson, luckily he's English and an academy product so can see him staying on long term, although I think he lacks the natural confidence and arrogance that Guendouzi possesses.
Top

We should recall him and have him play wide instead of Iwobi.
Top

Only recall him if he is going to get plenty of game time here - I would be 100% against bringing him bck if we intend to bring in a winger next month that will see him pushed down the pecking list, and limit his development. In an ideal world we would sell either lard arse or mikki (selling both would be better) next month and then bring back nelson, but if he is going to be behind those 2 crunts for the foreseeable, it will destroy the kid and I would rather he stayed in germany playing regularly at a high level
Top

As much as we're lacking on wing options, I'd rather not bring Nelson back right now. Let him stay and develop at Hoffenheim and come back ready to make a contribution for us next season.
Top
Post Reply
23 posts