As we're unlikely to see terraces again at football, this is the virtual equivalent where you can chat to your hearts content about all football matters and, obviously, Arsenal in particular. This forum encourages all Gooners to visit and contribute so please keep it respectful, clean and topical.
Post Reply
350 posts

The Arsenal Way wrote: ↑
Tue Feb 05, 2019 8:43 am
Nope. Still not bored by that day, thanks.
They will not win the PL this year, or any other year. FACT
This article is a pleasant read also.

Lifted from, SHE WORE A YELLOW RIBBON.

"Well it’s no easy feat to be the media darlings whilst having nothing to celebrate for so long, but that lot from Middlesex are managing it.

To set the record straight the last time that lot from Middlesex won a trophy was way back in February 2008, 4000 days ago today and even that was the league cup, in which most teams play a mix of a 2nd string and youth sides for most of the competition.

The last time they won the FACUP was in 1991 and since then they have managed to lose a record 8 successive semi-finals in a row. Losing to The Arsneal, Everton, Newcastle, The Arsenal (again), Portsmouth, Chelsea, Chelsea and Man utd.

The last time they won the league was back in 1961, four years after in 1965 the Local district of North East middlesex was made part of London. So as a North London side they have never won the title.

Not a single tottenham fan under the age of 29 would’ve been able to legally able to have a pint the last time they won the 5th ranked trophy.

Those lucky tottenham fans to be over the age of 46 would’ve been able to have bought a pint the last time they won the FACUP, even if it went sour when The Arsenal won the title that season.

Some of them born in 2000 would’ve been able to buy one after last seasons 8th record breaking Semi loss.

Fair play to all those older than 58, they may have some black and white memories of a horse and cart parade and paying thrupence for a Light and Ale in 1961.

This season to will end in yet another nothing season for them, they have a manager who has never won a trophy and they will end up potless yet again. Top 4 is not a trophy, putting the pressure on is not a trophy. History records the winners, which they will never be, unless you count a long bar and a big cheese room.


Copied from SHE WORE A YELLOW RIBBON

Amen mate. I too am still not bored by that day either. This fucking JCL shit of not rubbing it in when we annihilate the scum because it might seem "small time" fucks me off.

That article is class too. Lovely read.

Eboue-Why? wrote: ↑
Tue Feb 05, 2019 11:14 am
As I’ve said before, I was born in 1962 so I’ve never witnessed it and I just hope to God I die before it happens again. It makes me laugh when people say how unbearable it’d be if Liverpool do it but just the thought of that lot doing it makes me feel physically sick. In theory we should be ok as they’ve still got to play the other 2 but even still...

It is worrying that they're five points off the top without playing a single "home" game all season and haven't spent a penny either last Summer or in the January window on upgrading the squad.

The positive thing is that they have such a massive tradition of going full blown spursy that it is inevitable it will all go down in flames and the sooner that happens the better for us all.

I'm not even mildly concerned by the vagrants. They have no chance of winning it. They are quite literally the most spursy club in the history of the world.

Anyone else see the similarities between Levy and Gazidis?

C'mon OBG, your turn to upload pics of the two cants
Top 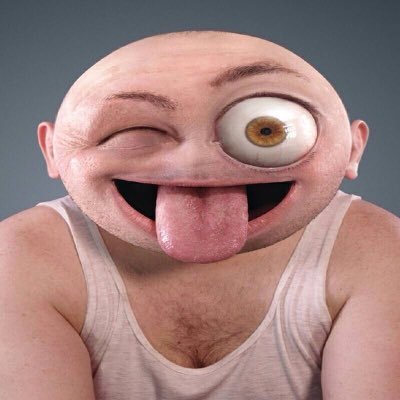 They are twins so one piccy enough.


ps: I did find a decent photo of 2 c.u.n.t.s next to one another, but I would get Banned if I put em on here.

pps: As an aside btw, when looking for piccies of 2 cun.ts side by side, I happened upon this little thing ...