Can you help me please?

As we're unlikely to see terraces again at football, this is the virtual equivalent where you can chat to your hearts content about all football matters and, obviously, Arsenal in particular. This forum encourages all Gooners to visit and contribute so please keep it respectful, clean and topical.
Post Reply
12 posts • Page 1 of 1

Can you help me please?

I need some help / advice... I am new here, cos I have been searching for a forum for help, have posted on official Arsenal one, but might get into trouble, so have come here...

Basically I have been offered a season ticket for next season, as someone cannot attend due to moving away.

I have never met them and will be speaking to them soon about it...

I want the ticket so badly! But i am worried that i will be unprotected if i pay for it and then the ticket doesnt turn up...

Someone also said that the person could cancel the ticket card and then the one i had would be voided...

are season tickets still done in booklets? or cards?

i am trying to think of a way of guaranteeing that the person sends the season ticket / how i should pay...

please help me if u can!

does anyone have similar experience with this?

Can't help personally on the look/feel of a season ticket but don't worry- you'll get good advice here. The main thing is to use gut instinct. Where did you get this offer?

I got a 'dodgy' neutral ticket for the Champions League Final 06 and it worked out fine 'meeting a bloke outside a hotel' 2 hours before kick off amazingly. On the flip-side, I know someone who lost 1000 euros on a fake world cup final ticket, over e-bay and paid through western union moneygram. I would think that if the source is right and you can ask to pay directly into a named UK bank account, then you can trace the person if they rip you off. They will be caught and you'll be ok for the dosh. If they insist on Western Union transfer or paypal etc. I wouldn't touch it. 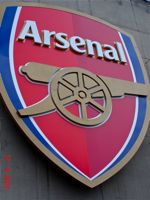 The Emirates is Smart Card Based so the thing is like a Credit Card.

My guess - and it's no more than that - is that you and the seller are up against the Club.

Arsenal have - in theory - a waiting list so anyone not wanting to renew loses their spot and the first on the waiting list takes over.

The Club don't like to see tickets sold between fans and this jumps the queue. Which is fair enough in one way but doesn't help you.

If the seller is genuine then you should be ok but only for this one season assuming he doesn't tell the club what has happened. But come next season the club will only renew to him and not to you.

Equally if he was a real tw*t he could give you the ticket, take the money and let the club know what has happened. They could then cancel the ticket on you and tell you to sue him to get the money back which means you'd be throwing good money after bad.

I can understand you wanting a ticket but unless you can get some sense out of Arsenal as well as an agreement with the seller, I'd be very cautious.
Top

well i saw the offer online.... and have had email conversations back and forth with the guy since... he seems very nice and genuine...

he has been relocated abroad and so cannot attend this season... i am a red member, so i have my smart card, but obviously a season ticket would be amazing...

i just want to know what to try and ask him and what to outline before i transfer any money.... i was thinking maybe half up front and then half when i receive the card.... and i suppose if he does cancel the card then i could use his bank details to track him down and reclaim the money...

only thing is i cant meet him, then i could judge his character... gona be speaking to him on phone over next couple of days...
i'm not someone with a lot of money, but have got a bit set aside and this would be a big purchase for me, so really dont want to lose out!
Top

Season tickets are now a plastic swipe card much like a credit card. They can easily be cancelled by the holder if they are lost etc.
If this person was at all dodgy then they could easily rip you off. There are of course ways in which you can protect yourself against ultimate loss but you cannot guarantee avoiding the grief incurred.

The club does not allow cards to be transferred in this way and that would be your initial safeguard (provided you had the ticket in hand). If you knew the seat etc. you could report the holder to the club if they cancelled your card. They would then be banned from membership and would lose it themselves as well.

If you don't know the person then it is better not to buy it that way at all. There are so many crooks out there it simply isn't worth the hassle. Become a red member and get seats whenever you can until somebody more reliable offers you one. If you become a regular on this forum then individual tickets regularly change hands among reliable people and you can see most games.
Top

I think Lisa's trust your gut instinct is about the best advice mate. Its a hard one as you want the ticket so much but its a hell of a lot of money. On what youve written not sure id go for it i must admit
Top

ok well thank u for all ur help... is annoying cos i have a little money and can afford a season ticket... and i see a few have been sold on here recently too ... maybe i should have found this site sooner haha!

if anyone has any other thoughts, please dont hesitate to let me know

thanks everyone for ur honest opinions, has helped a lot - i do want to go for it, but want some guarantees from him first

If you decide not to go ahead with your guy, check out the For Sale/Wanted section. There are a couple going for sale on there and you might feel more confident buying from someone who uses the forum (although you could face a similar problem of trust).

Failing that, as someone has already suggested, become a Red member or just scan the forum and indiviual tickets for most matches do pop up for sale.

ok cheers again for your help. i am already a red member actually, but obviously can only get to a few games... so a season ticket would be a step up! or a few steps up!

but thanks, i will keep my eyes peeled!
Top

The club have guaranteed that there will always be seats available to red members for every match next season. They are keeping some back deliberately and they will be a mix of cheaper/dearer ones. I think that is an excellent move by the club although I'm sure many Silvers that miss out will disagree.
Keep coming to the forum regularly and get involved. Once you're on the trusted buyer/seller list it is like being 'made'.
Top 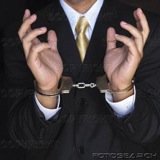 the question is how the offer of the ticket came up. was it on another forum. is it through someone you know. i would be wary. reason being if the seller is relinquishing the season ticket, wouldn't he have mates gagging for it? why offer it to anyone? is it for one season only - is he coming back?

if it is kosher, you need his online password and his blessing to change the address for the card online. also the email address the club communicate with. once you have that, you change the password yourself and don't tell him what it is.

keep the ticket in his name but your address and your email address.

you have to protect yourself. without having many details of the situation at this end all i would say is that i would be very cautious indeed
Top

There is every chance that you will be conned.

Also, it DOES seem wrong to jump the queue of people who have been on the waiting list for years.

(Yes, I KNOW that around 10,000 Liverpool STs have been officially dead for quite some time). Doesn't make it right, though.
Top
Post Reply
12 posts • Page 1 of 1