As we're unlikely to see terraces again at football, this is the virtual equivalent where you can chat to your hearts content about all football matters and, obviously, Arsenal in particular. This forum encourages all Gooners to visit and contribute so please keep it respectful, clean and topical.
Post Reply
37756 posts

I need to say this and go agianst the great majority but it's time for Wenger to go. I'm tired of his stuborn attitude towards transfers and the costant refusal to sort out contracts before the time,for not building on our strongest team. We are always playing catch up replacing players lost and have never truly replaced the defence and midfield of old.

We need change I would love wenger just to get a proper keeper of which we have not had since Seaman. Why does he refuse to buy experience even if it's for a few seasons?

We had the best out of Wenger time for change. Now we need to get a billionare takeover and a new manager. Even if Wenger had the money he would still be getting kids and unknowns. I'm tired of unknowns with potential give me names to get excited about. Not since Bergkamp have a felt that thrill from a signing and excitement that the paying fans deserve.

Thank you Arsene for giving me the best years of Arsenal but it's time for a new beggining. You can only re-build teams a number of times before you start ruining the foundations and I fear that is whats happening to the club we love.

How dare you express an opinion that the rose tinteders do not share!

Your in for some flack so time to get your tin hat on!

My personal opinion...............if this season ends as badly as it has started then I think you have a valid shout! 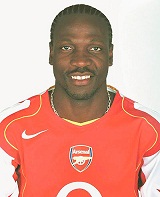 At least you Gus are honest enough to express what you really feel.
I can't pussy out each time and feel guilty cos of what his done for us. I really appreciate it ,but just think this season needs to be his defining moment or his last.
Top

MyOldMan wrote:At least you Gus are honest enough to express what you really feel.
I can't pussy out each time and feel guilty cos of what his done for us. I really appreciate it ,but just think this season needs to be his defining moment or his last.

I would give him one more season to win something, if not then yes definitely, but for now, I'm keeping the faith.
Top

Only kidding, Wenger's attitude towards transfers, this summer especially, has got me worried, at last! This will be the do or die season. Even if we were go somehow manage the whole season relatively injury free it would only paper over the cracks that we have little depth in squad.
Top

Youre in for some stick here myoldman.

I dont agree with you in regards to sacking him now but in my opinion he has 2 seasons to start winning things or if things go totally tits up this season then he should go next summer. I do wonder if a fresh view from a different manager would help things at the club. Wenger' attitude towards transfers has to be called strange at best it seems an obsession to win with the youngest team possible
Top

Iv been speaking to alot of gooner friends and they all say the same sort of thing,i agree with parts of it. To me Wenger looks like he is becoming more and more disheartened by the way football is going in general. As for getting him out,i dont know,the man is a genius. He single handed has changed the whole out look of football,ie; diets,the way players train,social lives etc etc. I know the lack of experienced signings has worried all of us,including me,but time and time again he has pulled it out of the bag. Remember we only finished 4 points off the top last year and there was no major signings last season,but this season we will struggle because he hasnt filled in the holes that have been left. I honestly think he is getting ready for an upstairs role so to speak. But until then KEEP THE FAITH.

IN ARSENE WE TRUST

Ok, so Wenger is told to leave....how will this effect our club?

Firstly, a new man would need to be found, and that new manager would have zero time to bring in his own players, as the transfer window is about to shut. oh dear

Even if the transfer window was still open, would he have the finances to bring in the exciting signings that you want? or would he have to endure the same financial constraints that have seemingly meant that Wenger has been managing our football club with one hand (or maybe two?) tied behind his back?

If the answer is yes...a new man would have the cash to sign lots of exciting players, then ok...but if, as I suspect, that Wenger isn't purposely running our club into the ground...and is, in fact, working under tight financial constraints, then is the break up of the invincibles really Wengers fault? and is our failure to compete with Chelsea and ManUre in the transfer market, Wenger fault either? I think not!

Lastly....you seem to have your argument confused. At first you imply that Wenger is to blame, but then you go off on a tangent and demand a billionaire takeover. Why do we need a takeover if the problems are of Wenger's own making? or are you now blaming lack of investment as our main problem, rather than Wenger himself?

I'm confused by your argument, that's all.

Oh, and welcome to the forum MyOld Man

You're going to have a lot of people saying some not very nice things in response to this!

As regards your comments, I can't say I agree with you, however, I completely see where you're coming from and I feel your frustration. I've been saying for a while that we should give it one more season and then see where we are. I think Arsene is invaluable to our setup, so it would be important to have him involved in some capacity, but if we're here, this time next year and still haven't won anything, then questions definitely do need to be asked.
Top

To follow on...I'm not as Gus might call, rose tinted. I'm pissed off that we haven't solved our centre back problem, and I'm starting to get a little twitchy that we haven't signed a midfielder yet...although, from Wenger's interviews, I think we can assume that we will...at the right price.

Again...is it Wenger's fault that we have to pussy foot around in the market, waiting for a player of the "right price"? or is this just another neccessity of the financial constraints that he is under?

Things are far from perfect, but I'm really not convinced that sacking Wenger is the answer.
Top

I agree with g88ner,you cant blame Wenger for players leaving if all they are is money grabbing *word censored*. How a footballer cant be satisfied with Â£30,000 a week playing week in week out,improving your game and challenging for the best honours in world football and want to move to Italy or Spain and earn Â£60,000 and be on the bench and see his career faulter is beyond me. But it's easy money as Flamoney and Pleb would say.

As for a takeover i think it would be a good and a bad thing. Were a traditional club,and only the board of directors no's whats going on
Top

Trdition shou;ld have sod all to do with it...........it certainly doesn't matter to our club when it comes to choice of kit!

Our traditions are all fine and dandy but if they are built on 1930's values then it is no suprise to see our club being as dynamic as a dead fish!

It was not to get Arsene out now but give him 1 more season. The whole of football has changed in terms of players diets and training Wenger just started the ball rolling. I suggested that the board and Wenger need to join the others or get left behind with the take over. But he would still be looking at youngsters as his good at that and likes developing them into top players.

He allowed to many invincibles to leave at the same time. His fault and the board he didn't need to sell Vieira coould of given Pires a deal sorted out Flam way before it was due to run out. Give DB a year contract,not sold petit or Edu and kept Sol Campbell instead of letting him "go abroad".

I didn't say sack him now I said it should be either his defining season or his last.

I hope we win the Champions league and league and he can say I'm ready to move upstairs and bring in Tony Adams next season.
Top
Post Reply
37756 posts