As we're unlikely to see terraces again at football, this is the virtual equivalent where you can chat to your hearts content about all football matters and, obviously, Arsenal in particular. This forum encourages all Gooners to visit and contribute so please keep it respectful, clean and topical.
Post Reply
2526 posts

Lovin every post on here. Walking out of the ground last night and then discovering they had just lost did make my night. I now have two teams - The Arse and whoever is playing the scumbags! Was it wrong to want the Spuds to beat them last week? It felt wrong, but then a draw kind of made it all ok. Come on you Geordies Saturday!
Top

Yes it was wrong to want the spuds to win. How dare you! Like me, what you should have done was wish for mass maimings

yes its joyous to see, Manu are done for this season and when they drop out of the CL places next year no decent player will want to sign for them, they will be in decline for years.
How I am enjoying this. I have (and I am sure you have too)had to put up with a lot of shit from their shitty plastic fans over the years and now the boot is no the other foot.
I had a feeling before this season that something like this would happen and now purple nose has gone its all beginning to crumble- welcome to mid table middleness!
A penny for Judas' thoughts , I bet he is regretting it now , f**king hope so, I was gutted when he signed for them and never thought it would happen. if you havent seen this yet -its worth checking it out. Makes me laugh every time- genius
https://www.youtube.com/watch?v=4zvwcG1bfBI

this post makes me sound really bitter, but I am not like that, just goes to show what supporting a football team can do to you and how it can make you feel!!
there I feel better now
ARSENAL for ever
Top

rodders999 wrote:Yes it was wrong to want the spuds to win. How dare you! Like me, what you should have done was wish for mass maimings

I was in a local pub in Guernsey once during a Spuds Manu game around about 2003/4- after a Saturday morning park football game and my team mate asked me, who do you want to win ?

neither, i replied - i hope they both all die.

you could hear the commentary and not another sound...

PS - RVP out for 2-3 weeks more according to Moyes.

The newcastle game is going to be interesting. they could go bottom half of the table.
Top

PS - RVP out for 2-3 weeks more according to Moyes.
good and the rest
and with Carrick out their midfield is (even more ) piss poor
every game for them from now on is a must win which just piles on the pressure -just sit back ,relax and watch the impolsion!
Top

its the 35,000 or so tourists at each game that go to the Theater of Wet Dreams expecting to see United Manchester get a win I feel sorry for.

rodders999 wrote:Every time they drop points I feel all warm and fuzzy inside. Hope they go down

Couldn't happen to a nicer shower of despicable bastards.


Aaaaah(sigh) Rodders you are a Poet.

Couldn't have said it better myself.


So they have good players, but not enough in the squad.
Too many of the others are nothing special.

But no laughs from me, they have the cash to make good signings and they have a good cadre of former players as coaches.
I doubt they will win anything this season, but watch out for them next season.
Top

vidic is looking slow, 32 now. Evra is also 32. those two are not protected neither.


LOL - go to google, enter Nemanja Vidic and press search. click on 'people also search for', then look at the player photos, then look closer at Rooneys.

someone at Google is NOT a red. 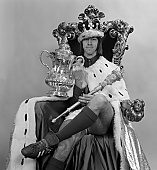 markyp wrote:the saddest thing of all is that we still couldn't beat them

Because Wenger got his tictacs wrong (sorry that was David Beckham)(thick git) we did not play our own game, and played for a draw, or a sneaky goal.
The same game plan should be to play to our strengths, with Theo back & with the Pod about to start training,
things are looking good.

Make the most of it.The manager who replaced Fergie was always going to fail.They replaced the greatest British manager ever with a manager who had never won anything.I was amazed United didnt go for Mourinho.Moyes will be gone in the summer as he is clearly a fish out of water.Can see Klopp ending up there wish he was coming to us
Top

you really think Mourinho could do much with clerverly, carrick, giggs, rooney, jones, young, nani and rafael - and the aging evra, vidic and giggs ?

imho it was a poisoned chalice when they didn't buy in the summer.

they are going to have to pay way over the odds for 3-4 real quality players this summer, i think they might even break bales record for Suarez or Ronaldo.

you can bet Milan, Bayern, Dortmund, City, Barca, Chelsea are not going to give United a hand back up.
Top

If Judas would want to leave because of Moyes (and he wouldn't be sacked yet), would anyone accept him back?
Hipoteticaly of course, I know that he wouldn't like to come back based on last celebration and Barca or someone would jump in and take him.. but would any of you?

No fucking chance. He's on the wrong side of 30, seems to have rediscovered his glass man tendencies and is an absolute Judas scumbag *word censored* who should never be allowed near the club, let alone get to play for us again. Let him rot.
Top
Post Reply
2526 posts