As we're unlikely to see terraces again at football, this is the virtual equivalent where you can chat to your hearts content about all football matters and, obviously, Arsenal in particular. This forum encourages all Gooners to visit and contribute so please keep it respectful, clean and topical.
Post Reply
6860 posts


Next up a new goalkeeper in January as Leno is just a bit short of the quality needed to match the other top 6 clubs, but we may get away with this season.


Based on what ? The last few months he saved us on many occasions and was our stand out player

I'm not saying Leno is top quality yet, but I'm wondering whether you would have dismissed de gea after his first season at manure

Indeed, we need to save the money we have left for a long-term centre back replacement not another keeper, Leno did fairly well last season and to get anyone better would cost mega money.

Sokratis is 31 and Luiz is 32, Saliba might be top drawer in a few years but there is no guarantee, Holding needs to establish himself properly, the others (Chambers, Mustafi etc.) are probably going elsewhere before long, we don't need to spend £50M+ on a keeper!.
[/quote]

You really don't rate Leno? That surprises me when I hear that. He is still young and I thought he played very well towards the end of last campaign
Top

It's the Ivorian flag.. the Irish one has the green and orange the other way around. 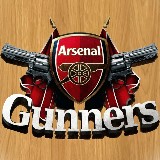 I'm so glad for Sokratis!!! he doesn't have to defend for 2 as much anymore.

He can focus on being the Central, No Nonsense MF!

& Luiz & Holding will be the fancy distributors with some BITE!

(Chambers can Start Cup & UEL Matches & be a ready Squad player & Back up in the EPL!!!, so to Mavropanos [if he Ever gets fit])


Then Mustafi can play..

[ For the few matches b4 the French Window Closes]
Top

Jock Gooner wrote: ↑
Thu Aug 08, 2019 7:21 pm
The twats on SSN are all shouting about our big spending but it's down to very clever deals and accounting by Raul.

Isn't that Raul's job though??

From the list of outgoing players there is no one that will be really missed. £30m for Iwobi is genius..


Yes, it's Raul's job to do that and he's done it very well, indeed beyond our expectations even - that wasn't being disputed

I was just pointing out for some on here that the bullsh.it being spouted by SSN and the cashflow reality of our transfer window are in fact two very different things.

Sorry, I thought you were just being a miserable bastard about what looks a pretty decent window.

No problem mate and no not all. I was just pointing out to those who were saying we had more than the £45M to spend that the figures don't reflect that. Otherwise we're into dangerous territory of potentially handing some credit to wiggy & son and that clearly isn't the case.
Top

Best Transfer window in years for me.

Other fans are saying Arsenal have done good business, and despite manure spending shedloads they have serious problems in putting a team together that will score a lot of goals. Chelski are weakened, and unless their kids step up there is no reason why we shouldn't overtake them. The spuds are the benchmark for us this season, can't have another season of being below them.

Would love to know the net spend overall, can't help feeling its around that £40-£45m that we have been hearing all summer. Great work by Arsenal to get so many deals done. Comedy Iwobi for £35m is the icing on the cake.
Top

cardinal2011 wrote: ↑
Thu Aug 08, 2019 8:33 pm
I have never really liked Everton as a club but even I feel a bit bad about what we have done to them. First of all we mugged them off with 'Feo, Feo' and now we have pulled their pants down with Lard Arse. I reckon that is about £60-65m we have had off them

Nos89 wrote: ↑
Thu Aug 08, 2019 9:12 pm
Tierney and Luiz, yep I'm happy with that, no...very happy with that. We've got the 5th best performing defender from last season. Given he was bettered by the 3 Liverpool lads and laporte at Man City, that is a great £8m spent and vitally only a 2 year contract which is what he had left on his Chelski deal.
Iwobi going t say kinda surprised as he was our top performing midfielder last season with 8 assists and 6 goals. Shit figures but better than anyone else in that squad, but couldn't turn down £35m. It suggests Emery sees Nelson as a better contributor to the team.
Well, Pepe and Cellabos simple have to perform to the level they've shown and we will good.
Good decision to send Nketiah on loan. Martinelli looks way ahead of Eddie.
There are still 3 weeks to move mustafi, mhki and elneny onto pastures new, which once they see where they are starting, i.e. not starting they'll want to leave. Ozil to DC United in January could be a mover, or at the very least he'll up his game to get into the starting eleven. Didn't he have more assists in pre-season than the whole of last season???

Just a question has anyone seen Cahill or Koscielny regularly make a 50 yard pass straight into the path of a striker or winger??? No didn't think so. Luiz is a better all round player and can get a defence organised. Also, gives us the option of the DM role instead of Xhaka.

Next up a new goalkeeper in January as Leno is just a bit short of the quality needed to match the other top 6 clubs, but we may get away with this season.

I think Leno will do a Good Job as long as the defence doesn't do what it's been doing ie: playing like retarded schoolboys - Even seaman playing behind the likes of kosCunt/Mustafi/Monreal would be 'suspect' and prone to errors - We should know within the first 3 months <fingerscrossed>

I think Leno is a very able GK and will improve - he made some outstanding saves last season, some of which were because of the shyte 4 playing in front of him

Unfortunately, a mistake on the opening night of the season against Derby County set the tone for his season.

He never got going and only made six appearances for Reading (none of them clean sheets), before injury and poor form saw him lose his no.1 spot.

Now on a year-long loan to MLS side Minnesota United for the rest of 2019 and unlikely to play for Royals again.

Kept a clean sheet on his debut in the Carabao Cup win over Birmingham City and part of the first win of the season away at Preston North End.

However, despite displacing Mannone, he never fully convinced in a Reading shirt and only played nine games.
Sam Walker

His distribution was poor and he was shaky coming for crosses - summed up at West Brom when the 6ft 4in shotstopper failed to claim a ball into the box to allow 5ft 8in Dwight Gayle to nip in and score.

The Finn went from being third choice to first choice in just over three months and got a good run of games in the side.

The 32-year-old, who has now been released by the club , showed his shotstopping ability with a number of terrific saves in games.

However, his distribution was rather hit and miss and his failure to dominate his area meant there were a lot of nervy goalmouth scrambles during games.

Signed on loan from Arsenal in January with the sole task of helping keep Reading up and he did just that.

The Argentine only played 18 times but endeared himself to fans with a string of outstanding performances and proved how important it is to have a reliable shotstopper at Championship level.


Seems like they thought he was pretty useful , maybe we should not be too quick to write him off.
Top

Getting shot of three utter gash that was Comedy Iwobi is fantastic business especially. Mark my words he will be in a relegation scrap as a Palace player within 2 years. Terrible player. No brain. No touch. No ideas. And a fucking bluffer too. Good riddance. So happy not to have to watch that idiot ever again.

Oh right, I thought that he was part of the Oirish clique mafia.

These foreign flags all look the same to me.
Top

The best thing about this transfer window is the fact that Harry Kane will have to attempt to say" Ryan Sessegnon " at some point in an interview.
Top

Bradywasking wrote: ↑
Fri Aug 09, 2019 8:57 am
The best thing about this transfer window is the fact that Harry Kane will have to attempt to say" Ryan Sessegnon " at some point in an interview.

Sorry guys not sure how that happened ???? have corrected and removed the flags
Top
Post Reply
6860 posts