As we're unlikely to see terraces again at football, this is the virtual equivalent where you can chat to your hearts content about all football matters and, obviously, Arsenal in particular. This forum encourages all Gooners to visit and contribute so please keep it respectful, clean and topical.
Post Reply
740 posts

Merry Christmas to you too, DB!

My point is that comparisons with GG are lazy and don't bear close scrutiny. To tell you the truth, I hadn't clocked that you'd done so when I posted...so don't take it personally. I just assumed that it wouldn't be long before someone did so.

The appointment is unimaginative and, in our current situation, unduly cautious. Time will tell whether I'm right.

All I would say is that the last time you and I disagreed about a manager's ability was about a year ago. I was lamenting that we had missed out on Klopp by clinging on to Wenger so long. If I remember rightly you called him a serial loser who would have done nothing more for us than Wenger could have done. So let's at least agree to reserve judgement on whether Arteta is as bad an appointment as I predict he will be.

Get behind him? Nah, the club is fucked mate.

Yeah but do you honestly think we'd have given him the 500 million he needed to spend to win one out of 8 trophies the way the victims did....?

And happy Xmas to you too!

Good luck Mikel - you'll need it with this bunch of overpaid & under performing, gutless mob of players. If you could bring the $hitty 'bench' with you that would be useful !.

First problem he will have is Ozil....

Arteta saying today..........“He’s a massive player for this football club"

He was talking about ozils pay.

Ozils influence in the club will be a big factor.....lets see Artetas team selection....he will need to deal with him one way or another

Ozil saying welcome back to the Arsenal family

Lets see how Artetas words translate into actions...will be interesting....he will need time and a lot of money, not sure he has either
Top 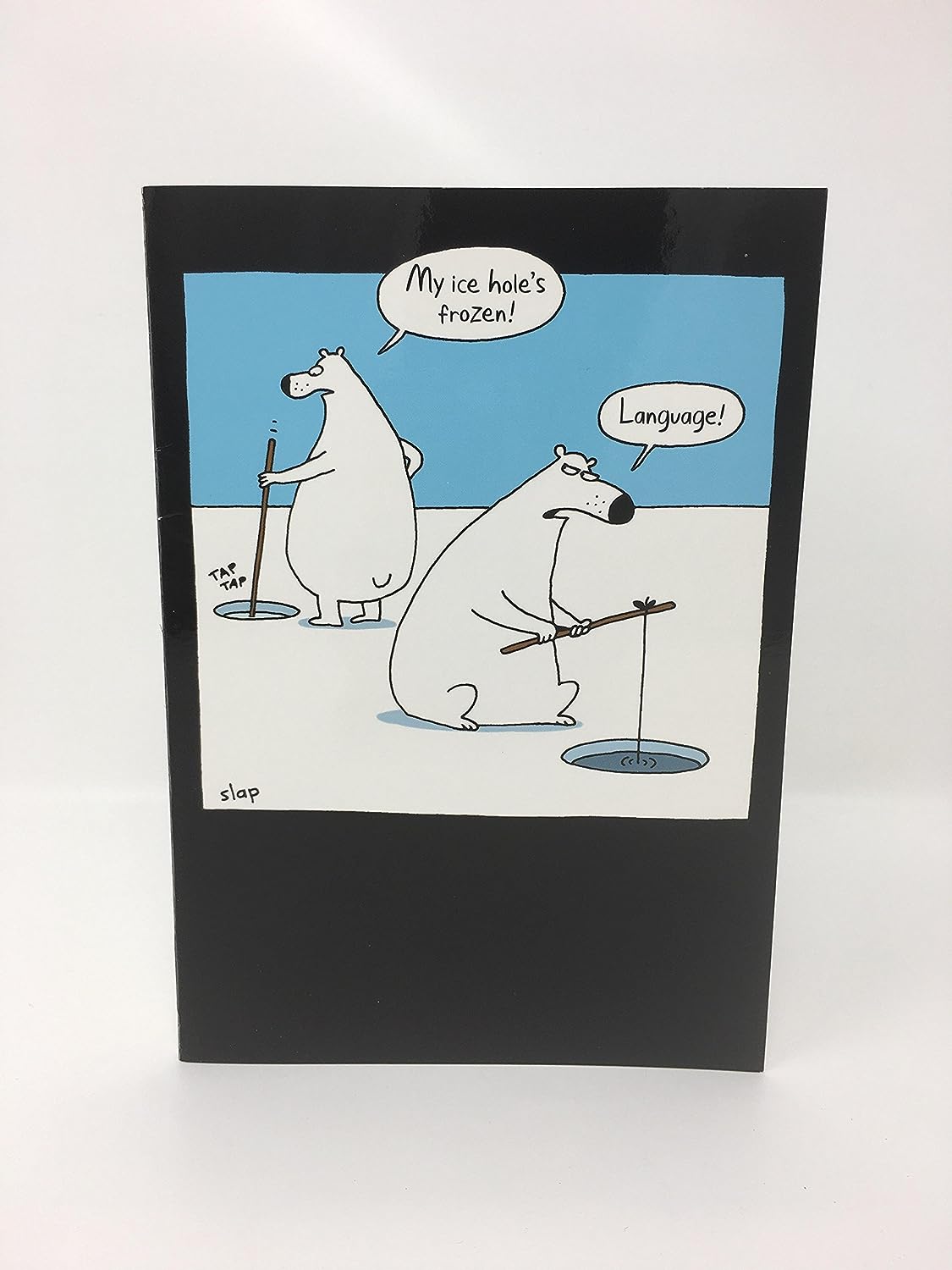 Welcome back to The Arsenal, Mikel.
I wish you lots of luck.
I shall reserve judgement on the appointment, untilthe end of the season.

I voted for number two on the premise 4th place is still a trophy lol,Good luck
Mike ,I'm genuinely excited he needs time of course but I think he's gonna shake things up might let a few players dig their own holes first before they are gone .
Top

Give him a chance, whether it is the correct appointment time will tell but things are so bad he has a very low starting point.
I'm sure he understands the job he has to do and I get it that people are underwhelmed by his appointment. But as in attracting top players maybe we are no longer in the market for the Allegris etc.
People that know hom recognise his tactical know how but how he gets that across to overindulged ego inflated remains to be seen.I think his best bet is clear the decks of the overpaid underperforming players and instill within the younger players what this club means..Easier said than done.
Top

Give him a chance, whether it is the correct appointment time will tell but things are so bad he has a very low starting point.
I'm sure he understands the job he has to do and I get it that people are underwhelmed by his appointment. But as in attracting top players maybe we are no longer in the market for the Allegris etc.
People that know hom recognise his tactical know how but how he gets that across to overindulged ego inflated remains to be seen.I think his best bet is clear the decks of the overpaid underperforming players and instill within the younger players what this club means..Easier said than done.

Exactly what I think, Very impressed with his press conference.We will find out today which players buy into him and which players are trying to protect themselves from injury so they can get their transfer.
Top

Im wary cos i still think the board are not going to let him demote £100 million of 'assets' to training with the youth team.

My hope is that in two weeks, mustafi, luiz, xhaka and ozil are all shoved out on loan with us covering most of their wages, and tets brings in some loan talent from Spain or even citys youth system.
Top

Looks like he can talk the talk now lets see if he can walk the walk..

As others have said, whilst I am not happy with the board stance on Arteta's appointment we have to back him. If the club don't have the fans onside then we are fucked, like in a relegation scrap.

However, Arteta is articulate speaks well and you can't say the players won't understand his message. More importantly we will find out which players are in it for the team or themselves, and I specifically mean the likes of Aubameyang and Ozil. If they are not commited sell them (I heard ozil is on his way out anyway) and lets start again. Arteta has to focus on the defence, and despite his footballing ideologies realise we don't have the players to play out from the goalkeeper especially away from home.

The board must have made some promises to him about a transfer budget, lets hope this is true and they keep their promises.
Top

I'm afraid I can't see anything other than abject failure.......but boy do I hope to be proven wrong and have this post dragged up 3 years later when he's won the title

The only PL club without a single penny of owner investment, few saleable assets to generate cash and a defence that a manager like Arteta would need to spend 200m on playing the style of football he wants to play where the defence almost doesn't matter. Someone like Wilder, Dyche or Potter would build a defence for less than 10m, and i'm afraid that's the league we're playing in these days.

Man City's backline against us on Sunday - Ederson £35m, Kyle Walker £50m, Otamendi (reserve) £28m, Mendy £52m. That's without the likes of Stones for £50m+. Man City's defence was dog shit before they spent that sort of cash, and there wasn't an ounce of improvement in the first season under Guardiola until he spent that sort of cash. That is where Arteta has come from.

At Arsenal, playing the brand of football he wants to play......he has absolutely zero chance of success and won't be our manager this time next year

The club wants an Invincibles manager operating on a shoestring. The sooner we accept our mid table position and appoint a manager capable of working to a new style in this league with no more than £20m to spend, we might as well forget who the manager is
Top

I feel encouraged by some of the things he says in today's press.

"I was here with City and felt down after the game when I saw what was going on."
It wasn't only the performance, it was the atmosphere and energy that I perceived. That worried me a little bit.
I understand that the fans are used to success and fighting for things and at the moment it's difficult for them to swallow the situation. So let me help,"

And while offering no guarantees that his team's football would ever match the unique artistry of Guardiola's, he did at least vow to imitate some of his mentor's more rudimentary requirements.

"If players like Bernardo Silva, David Silva or Kun Aguero don't get bullied, it's because they defend their position like animals and they don't allow the opposition to do that to them."
That sentence was delivered with a slap of fist into palm, but the emphasis was not really required. Arteta spoke for about 45 minutes at the Emirates as darkness fell on Friday night and his message was clear from the off.

Asked if the Arsenal he knew had lost its way, the Spaniard said: "That's what I sense from the outside. I have to understand why that is. That's the challenge and we don't have much time."

"Everybody has to feel privileged to be here and the players will have to accept a different way of things. We have to build a culture. I don't want people hiding. I want people who will deliver passion and energy."

"This is how we are going to live. The players are not performing and I need to know how they are feeling and what they are lacking."

Here's hoping that he can be a success in the long run. For the immediate future though, I hope he kicks some ass and crunches some balls and gets this squad focused on how bloody lucky they are to be at our once great club.
Top
Post Reply
740 posts