As we're unlikely to see terraces again at football, this is the virtual equivalent where you can chat to your hearts content about all football matters and, obviously, Arsenal in particular. This forum encourages all Gooners to visit and contribute so please keep it respectful, clean and topical.
Post Reply
600 posts

Thank fuck that league season is over

I wonder how this will go

were shite...they can be shite but they aren't....game will probably be a pile of shite.....

Yep, said it on the Watford thread.....all I can see is a replay of Baku.

At least there'll be time to get totally numb with booze.
Top

rodders999 wrote: ↑
Sun Jul 26, 2020 6:24 pm
After beating City I was quietly confident we’d win this but after watching our last 2 performances I shall be spending most of this week anchored to the bowl

And by comparison to our displays, they have looked very good. Do you have a second bathroom Rodders ??
Top

No doubt Giroud will score against us, can only see defeat here, after watching our last 2 games not a hope of winning, going 3-1 to them
Top

Giroud up against Luiz or Holding in the air is a nightmare, with only one outcome

Certainty that the ear cupper will score

Maybe we will win or maybe we will bottle it again, but either way I cant agree with that - our back line (Tierney aside) is shambolic, but theirs is no better (they have zouma ffs

). I would say their midfield is as vanilla as ours, and I would rate our attack as significantly better than theirs.

I would say that the two biggest obstacles we will have will be (a) our habit of sucking our dicks and balls back inside us and hiding away like the pussies we are too frequently and (b) the team selection arteta goes with. Saka has to start for me. There really should be no need to debate this, but I dont see arteta dropping pepe for him. Maybe he picks him in the left wing back spot if he puts Tierney in the back 3 (if he goes with back 3

), but saka's greatest strength is attacking opposition full backs and I want him pushed up where he can be most useful. I am expecting laca to start in the 9, but it wouldnt shock me if he picked nketieh there either.
Top 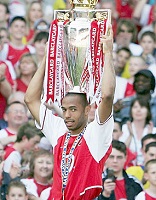 I think Arteta will go with pretty much the same team and formation that started the semi final, with Holding in for Mustafi. The problem will be that we were happy for City to have the ball out wide and cross it in, but with these lot having Giroud that will be difficult to get away with for 90 minutes, especially with our defence. We do have enough in attack though to score a few so just need one or two of our forwards to have a good day!
Top

Who fucking knows what will happen? The sooner this season is over, the better. We could win 2-0, we could lose 3-0. I have no fucking idea but an empty stadium with a needless 5:30 kick-off sort of seems everything the FA Cup has been heading towards for the last 20 or so years. One step from driving the whole thing to a Swiss Dignitas clinic.
Top

The great which Arsenal will turn up debate begins . I've no fucking clue but Chelsea can be beaten especially if we Herd the c untz up from min 1.
Top

Yes agree, but it actually suits me as I have to work early Saturday..However it is another dumbing down of what was the greatest single day in domestic English football. Obviously winning the league was a bigger and more important achievement., but Cup Final day was special.
You would be sick with nerves all week or longer, you worried about injuries because back in the 70s and 80s teams virtually picked themselves.
Large squads have also ruined the Cup. "Cup goalkeepers " and "Cup teams",.what a load of rubbish.. In 1980 Arsenal played 70 matches including SIX semi final games in April. The strongest teams played every game, and there was only one sub on the bench . Watching Arsenal "squad" players not breaking their proverbial bollix to force their way into the Cup Final team against Villa actually has me believing more is actually less when it comes to competition for places.
Man Ure as holders in 2000 going off to flog their merchandise in Brazil rather than compete was another nail in the coffin. No replay sagas like 79 V Sheffield Wednesday or the 1980 semifinal against Liverpool devalue the Cup.
The easy option was to blame foreign coaches, but a foreign coach has the record for FA Cup wins. The FA put the boot into the Cup first and clubs followed.
Top
Post Reply
600 posts