As we're unlikely to see terraces again at football, this is the virtual equivalent where you can chat to your hearts content about all football matters and, obviously, Arsenal in particular. This forum encourages all Gooners to visit and contribute so please keep it respectful, clean and topical.
Post Reply
600 posts 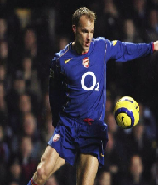 I can't believe this horrible season has ended so brilliantly!

Drink it fucking in It’s been a rough ride both on and off the pitch in recent times but today’s the reason we keep coming back for more. Fucking buzzing.

augie wrote: ↑
Sat Aug 01, 2020 6:56 pm
Probably get lambasted for saying this but I thought maitland-niles was outstanding today and should have got motm

Tierney started shaky but played really well after that, and luiz also had a great game

Tbh I'll probably get lambasted for saying I don't think AMN had a great game. He worked his ass off and never quit but apart from one brilliant cross early on that Boomerang should have buried I thought his touch was awful and he lost possession constantly.

But he can be proud because his workrate and runs had the chav terrified so well played to him. I'm delighted for him.

Everyone of them contributed to a great cup win with the exception of Xhakatard who was just plain shite as usual. But fuck it I'm even happy for him I'm so happy!

We outplayed the chav for large swathes of that game but soon-to-be-bald cùnt Fat Fwank was full of pissy excuses afterwards. Classless chav wànker.

Was great to see Kryten Features looking so down at the end and especially great to see the Giroud cùnt blubbing - what you got to say now you cùnt?

Also special mention for Cashley A-Hole the "boyhood Gooner" cheering on the chav today. You shameful cùnt. I suggest you should now go and shoot a kid in the eye with your little air rifle or puke on some tart or maybe insert a mobile phone up your jacksey you snide little judas cùnt.

I LOVED BEATING THOSE CÙNTS TODAY!

Did anyone else spot at the end that our squad players and even an injured Martinelli ran up and grabbed the last of the medals?

I'm sure it was sorted out after but what a stupid thing to do just leaving a box of medals sitting there....

Kieran Tierney the new Kenny Sansom? Kid has a big future with us.
Top

Bradywasking wrote: ↑
Sat Aug 01, 2020 7:44 pm
Anyone notice Cedric taking a winner's medal from the box? He was Cup tied, there was no medals left for Aubameyang..I'm sure they will sort him out with one.

I know the whole covid thing and all but surely someone could of handed the medals to them.

Who was the blonde fella?

OK a couple of you did notice!

Ohhhhh! We've got Arteta and he's got nice hair!!!

we said that . Arteta got a good performance out of some very average players

Tomorrow we will all wake up smiling

What a great picture the top one is

Beer and rum still flowing! Even found ‘Good old Arsenal’ on Spotify and put it on loop and singing it out with the lads in the garden! Sod the neighbours, we got 14!
Top

goonertux wrote: ↑
Sat Aug 01, 2020 9:26 pm
Beer and rum still flowing! Even found ‘Good old Arsenal’ on Spotify and put it on loop and singing it out with the lads in the garden! Sod the neighbours, we got 14!

Not at the races for 20 mins. Scrapped for the rest.

Played some fucking boring football, deservedly beat a better team than us for the second (arguably third!) round in a row. Unbelievably Luiz 8 and even Xhaka 7.

Inject it into my veins.